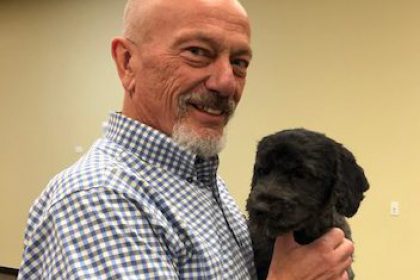 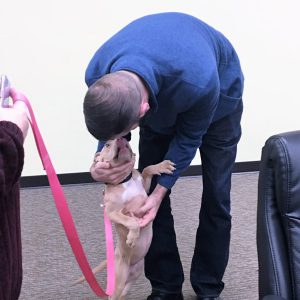 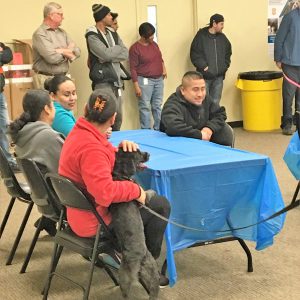 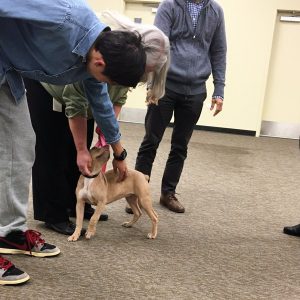 The Foundation supports “no kill” community coalitions that are committed to reducing the number of cats and dogs in the community who are at risk of becoming lost, abandoned, or relinquished to shelters. GSRF generates fundraising efforts for medical, foster, and adoption expenses for the animals. Currently, GSRF has 21 animals who are looking for their furever homes, some of which are being fostered back to health prior to adoption.

LeSaint kicked off the initiative on Monday at their Romeoville facility with John and Anna Garrido, along with their team, who brought in 5 dogs. Four of the dogs are currently up for adoption and enjoyed their 3-hour visit with LeSaint employees who shared their time and love for all the animals. During lunch, John spoke on the foundation, how it operates, and shared a few horrific stories behind the initial condition of the animals when they were brought in.

“It’s terribly heartbreaking to see how animals are mistreated, and even left for dead. Some of the animals are badly in need of medical treatment, and to see how the Garrido Stray Rescue Foundation cares for them, nurses them back to health, and either reunites them with their lost families or finds new homes, is truly amazing; it shows how big their hearts are there. It is my hope that our LeSaint family can make a difference in the rescue efforts of these animals and so many others at the Garrido Stray Rescue Foundation by making a little contribution during the holiday season,” stated Jeff Pennington, CEO of LeSaint.

“We couldn’t be more grateful to Jeff and his team at LeSaint Logistics for making our Foundation the beneficiary of their holiday charity event this year,” says John Garrido, Founder of the Garrido Stray Rescue Foundation. “Shadow, Nina, Marilyn, Laidee, and Helen had a blast with the employees of LeSaint. Thank you to Nikki and Andrea for helping manage the pups.”

What you can read next 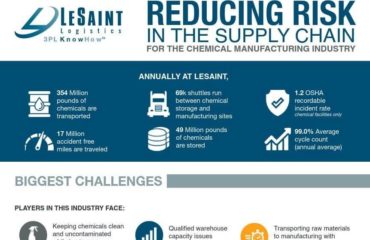 What to Look for in a 3PL: Data, Assumptions and RFP Criteria for the Solution Design 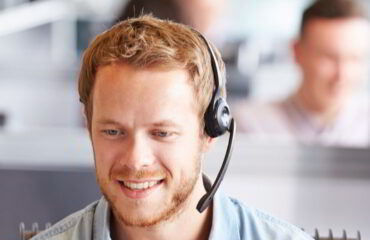 Why use the TAGG-LeSaint Team as your Transportation Broker